Humans have spent years participating in horse racing games, a prestigious sport, and as the world moved to the web3 space, it is only natural that horse racing finds its want into the new world. Let's find out how to make the most of your ZedRun experience and become a professional NFT horse racer! 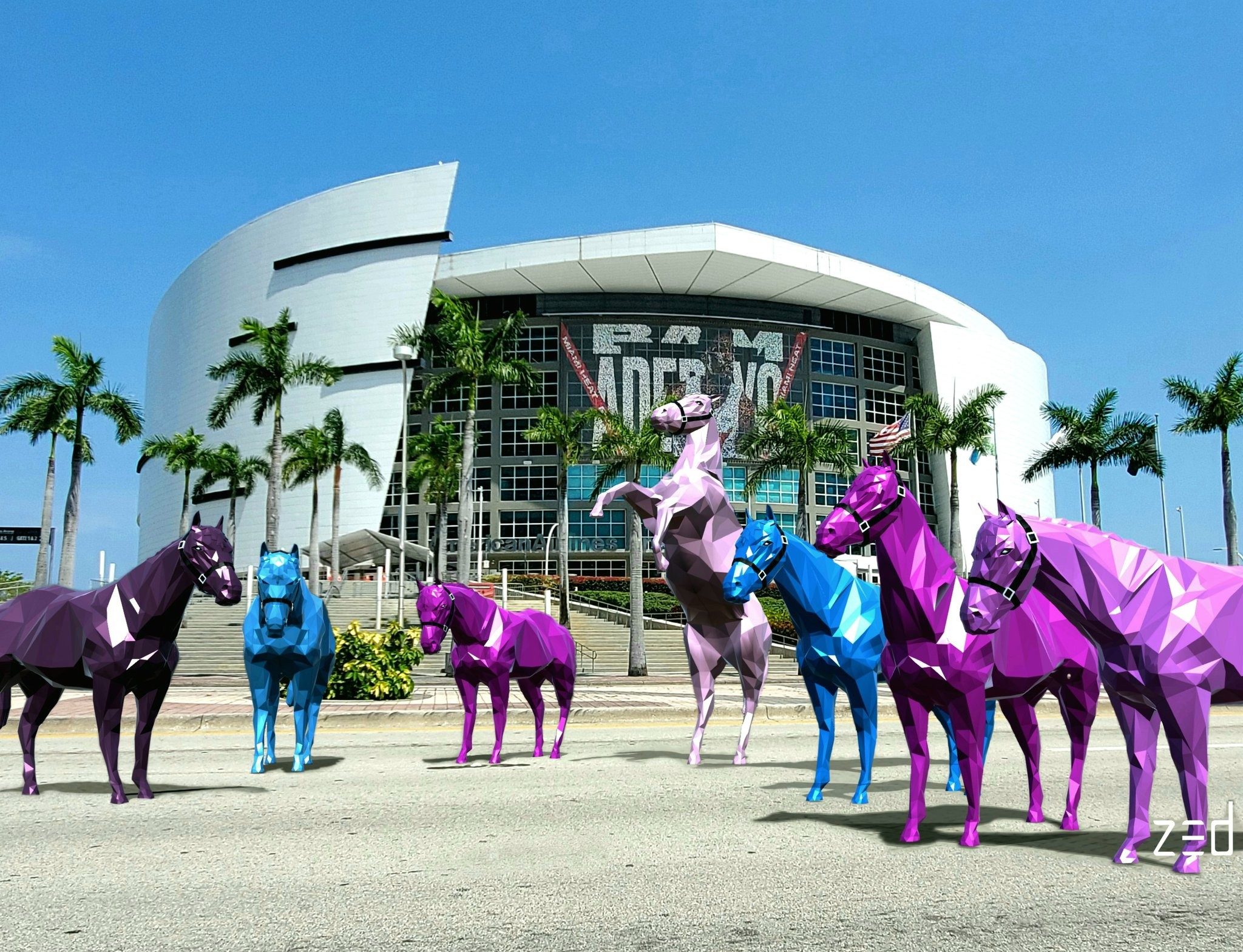 Zedrun is one of the first horse racing games in the web3 space. Launching in 2019, Zedrun has captured the world’s attention and has since become the work’s leading digital horse racing P2E game.

Zedrun utilizes smart contracts and the Ethereum blockchain to give players an excellent gaming experience. Players buy NFT horses that they can breed and race any time of day, and races are happening every hour of the day, all year round. The uniqueness of Zedrun is that all the horses in the game are completely digital and affordable, and they can be purchased easily.

The pride of Zedrun is its vibrant community that cuts across social media platforms like discord. As a result, players feel like they are a part of a community, which adds to the game’s allure.

What Can You Do In Zedrun?

Zedrun gives players an array of things to do within the game environment. In addition, several features and components of the game keep players engaged and asking for more.

The first and most important thing is to race. Players can race in a range of tournaments that allow the players the chance to win money in the game and also rank up by winning more and more races. In addition, there are free races that players can participate in, contributing to a player’s “Z ranking,” which is the ranking system of horses in Zedrun.

Players can also breed horses to produce offspring with a higher chance of winning.

Zedrun created a game environment with one simple rule: win races and get rewards. This is an oversimplification, of course, but players having this rule at the back of their minds will help navigate the game.

Players get the best horses for the match and then race them. And to get the best horses, players can buy them as NFTs or breed them in the game environment. Players do this to get better offspring from their current horse. The horses have four features that determine how well they will fare. In a race, these are; bloodline, genotype, breed type, and coat color. All of these factors contribute to the outcome of the horse races, and because of this, players breed horses to produce better offspring than the parent horses.

Once players have the desired horse they believe can win races in their stable, all they have to do is to race them. Players can race to win tournaments. Several tournaments run in the game every hour of every day. Players can pick the tournament they qualify for, pay the entry fee and race a horse from their stable. Zedrun also allows players to play for free, they wouldn’t pay an entry fee, but they also work not have any financial reward if they win the race. Instead, they would have improved their Z rating. Each free race gives players an avenue to increase or decrease their Z rating.

How to Earn With Zedrun

Because Zedrun is a Play-To-Earn (P2E) horse racing game, the primary way to earn is for players to race their horses In tournaments. The best way for players to have a high chance of earning would be to buy the best horses and to get an even better chance of winning; players would need to breed their horses to get the best possible offspring. The more races players win, the more earnings they get.

The next way to earn on Zedrun is breeding. Players can collect coveted horses, subsequently have the horse bred, and then sell the offspring to another player or even in a secondary NFT marketplace. Every horse in Zedrun is an NFT, so when an offspring is created, a new NFT is made that can be added to a collection and sold at a profit at a later time.

For players to begin their journey into Zedrun, they must first create their stable. This is where all their horses would be. It would serve as a portfolio of sorts, where all the statistics of the players’ horses would be shown. The stable has to be connected to a preexisting crypto wallet like Metamask or Trust Wallet.

The next step would be to get NFT horses, which can be purchased from NFT platforms like Opensea, which has the only official listing of Zedrun NFT horses.

A new horse would first have to take part in a griffin race. After the griffin race, the horse would then need to participate in nine discovery races. These races are to determine the class the horse would belong to. There are six classes that a horse can belong to. Horses need to go well in the discovery races to be put in the best possible class, class one being the highest and class six being the lowest. The class a horse falls into will determine the tournament it would be eligible for; for example, a class five horse can only participate in class five races, and the higher the class, the bigger the money to be won. These classes can change over time. Each race’s results will determine the z rating of horses and what class the horse will move to. Horses that do well in races will get to move up in category. If the horse fairs averagely, it would remain in the same class, and if the horse finishes the race in the bottom six, it would move down a class.

To enter a race, players would have to navigate their way to the event page; they would see upcoming races, would find a race their horse is eligible for, pick a race according to their gaming appetite and find a horse in their stable that fits the criteria for the race once the race is selected the player then has to nominate a horse for the race, they can appoint the horse they have predetermined to be the best for the race. Then they would have to pay the Nomination fee. After this, players must select a race gate to buy into. Once this is completed, players will wait for the race to be filled up, and the race will commence a few minutes after.

There are tournaments players can race in. In addition, there are daily tournaments that players have to buy into. These tournaments have six tournament styles that all have different gameplays. They are; the podium plate, the Fibonacci cup, the Pity Point Cup, the A-shape Stakes, the Keep-On-Winning cup, and the Maiden Stakes.

Another important part of Zedrun is breeding. Players can breed horses to have better offspring with a chance of winning races. Breeding comes with its restrictions and limitations to ensure that all players have an enjoyable gaming experience.

How to Compete in Zedrun

To compete against other players, players must play tournaments to earn winnings and climb up the classes. Competition is fierce in all the classes, but constant practice would sharpen a player’s skill, and with enough practice, they would eventually end up in the first class to compete with the best of the best.

The best way to know your horse is to ride it. The more players use the horse, the more they would understand its limitations and strengths.
Players should Take advantage of all information and statistics available. For example, when players try to select gates, they are given statistics of other horses raced in the gate.
A horse's distance preference will affect its performance in any race. Players have to pay attention to this in any race their horses compete in.
Players need to pay attention to race performance Indicators: stamina and flame symbol. They give an estimation of how the race would turn out.

The best strategy players can implement is giving it their best from the beginning. Every race counts, including the griffin race and the free races, as the results of these races will determine the class players horses will be in

Breeding is also an effective strategy in Zedrun; better horses would lead to better race performance. But also, remember to continue practicing. Working on the chinks in your armour by refining your style through constant practice is always the best strategy on the road to success.

Zedrun is an immersive virtual horse racing game with impressive gameplay. Since its launch in 2019, it has done nothing but exceeds expectations, keeping players glued to their devices. Zedrun’s gameplay, along with its active community, makes it an excellent choice for P2E gamers.