If you ever wondered what cryptocurrenices are, where and how to buy them, how to play in casinos using them, or any other crypto-related question – you are in the right place. Here you’ll find the best crypto casinos and gambling dApps as well as a complete beginners guide for all significant cryptocurrencies.

Over the last few years, cryptocurrency and blockchain technology have experienced immense growth. Due to this growth, cryptocurrencies are now being accepted as a payment option by many top organizations and industries. However, despite their popularity and adoption, there are still questions about digital currencies.

This guide will provide a detailed explanation of cryptocurrencies and how they function. Additionally, the article will list and discuss some of the top digital assets available in the payment section of our best crypto casinos and gambling dApps. Let us start this guide by defining cryptocurrencies.

The Crypto 101 for Beginners

A cryptocurrency is a digital currency used for the payment of goods and services. Like fiat money, cryptocurrencies can also be used as a store of value. Cryptocurrencies are secured by robust cryptography. The primary function of cryptography is to prevent the creation of counterfeited digital assets and double-spending.

In most cases, cryptocurrencies use blockchain technology to operate their decentralized networks. Consequently, they employ distributed ledgers on a vast network of computers to track transactions.

All crypto assets are stored in digital wallets. A popular type of crypto wallet is the blockchain wallet that allows users to store and trade their cryptocurrencies safely. Since cryptocurrencies are operated on decentralized networks, they can not be controlled by central authorities like central banks or government regulators.

In 2009, Satoshi Nakamoto created Bitcoin, the world’s first cryptocurrency. In the years since the release of Bitcoin, more than 8,000 cryptocurrencies have been created. In general, all other digital currencies created after Bitcoin are understood to be Altcoins.

In the most basic sense, cryptocurrencies can be divided into three main classes. Altcoins, Coins, and tokens. Let us quickly review each of these classifications.

The term altcoin originates from the phrase alternative to bitcoin, and it refers to all cryptocurrencies other than Bitcoin. Some popular altcoins include crypto assets like Cardano (ADA), Litecoin (LTC), Dogecoin (DOGE), Ripple (XRP), Ethereum (ETH), Binance Coin (BNB), and Tether (USDT).
The majority of altcoins follow the same framework that Bitcoin was built on. As a result, they share several similarities with Bitcoin. However, altcoins differ from Bitcoin in many ways, and in many cases, they offer investors financial products that are different from Bitcoin.
Regarding their differences from Bitcoin, some altcoins use a different process to produce and validate transactions on their blockchain. In other cases, some cryptocurrencies may use innovative features like smart contracts on their network, while others may help investors control high volatility by providing stability. Altcoins can further be divided into coins and tokens.

Tokens are crypto assets that are built on an existing blockchain. However, unlike coins, tokens do not act as the native currency on a blockchain. Rather, they are programmable digital currencies that allow for the production and execution of smart contracts.
Tokens share many similarities with fiat currencies. For example, they can be used to purchase goods and services. They can also stand as a measurement of value for real-world items.

Some digital currencies are more popular than other crypto assets because of the unique features they offer. This section of our guide will briefly consider some of the most popular cryptocurrencies in the iGaming industry.

Currently, there are more than 18.8 million BTC tokens in circulation. However, this digital asset has a maximum supply capped at 21 million coins. When writing this guide, BTC has a total market cap worth over $1 trillion, making it the world’s largest cryptocurrency in terms of value. Bitcoin has become a widely accepted payment option in the iGaming Industry. All of our listed crypto casinos and gambling dApps offer Bitcoin as a payment option.

Ethereum is a blockchain technology platform that enables developers to create, publish, monetize, and use decentralized applications (or dApps) in a programmable way. Ether (ETH) is the primary payment option available to users of the Ethereum network.
Ether is currently the second most popular digital currency behind Bitcoin. Like Bitcoin, Ethereum also runs on a proof-of-work system, but the devs team is working to move to a proof-of-stake network. Unlike Bitcoin, more Ether coins can be produced. The Ethereum blockchain has served as a platform for the creation of many new crypto projects. These include initial coin offerings and non-fungible tokens (NFT). Similar to Bitcoin, all listed gambling platforms on dappGambl.com offer Ethereum as a payment option to bettors.

Litecoin is a virtual currency that Charlie Lee created in 2011. This digital currency is was created to rival Bitcoin and shares several similarities to the crypto asset. Like Bitcoin, Litecoin is decentralized and can not be issued or controlled by central authorities like central banks or governments regulators.
Litecoin also has a fixed supply of 84 million tokens.

Litecoin used to be very popular but has dropped in popularity with the creation of many other crypto assets. Currently, Litecoin is ranked as the 16 most popular cryptocurrency in the world. Litecoin is a very effective payment option, and many of our gambling platforms accept it as a means of payment on their sites.

Dogecoin is a popular meme coin that was launched in 2013. Like Bitcoin and Ethereum, Dogecoin runs on a proof-of-work system for recording its transactions. Doge has an unlimited supply of tokens in circulation.

Despite been a meme token, Doge has a large community of supporters that hold and trade the digital currency. Among a long list of supporters is Elon Musk, CEO of Tesla. Currently, Dogecoin has been adopted as a payment option by several top gambling platforms. As a result, you will find this digital on many of our listed crypto casinos and gambling dApps.

Cardano is a third-generation public blockchain platform that relies on a proof-of-stake system (PoS). Compared to the Bitcoin and Ethereum blockchain, Cardano offers more stability. Additionally, the Cardano blockchain is more efficient and uses smaller amounts of energy for its activities. However, the Cardano blockchain is not as popular as the Bitcoin and Ethereum blockchain.
The native token of the Cardano network is called ADA, named after 19th-century mathematician Ada Lovelace. Cardano (ADA) supply is capped at 45 billion coins.

The Binance Coin is the native token for the Binance exchange and can be used as a medium of exchange on the crypto platform. Originally developed on the Ethereum blockchain in 2017, the Binance coin has been migrated to the Binance blockchain.
BNB has a maximum supply of 200 million tokens. However, half of the total supply was sold during the coin’s initial coin offering. To drive demand, Binance buys back some coins it holds every quarter before permanently burning them.
At its inception, BNB allowed crypto traders to receive discounts on trading fees in the Binance exchange. However, the coin is now used as a payment option. These include payment for travel, entertainment, online services, and in some cases, financial services.

How do I buy cryptocurrency?

How do beginners buy Bitcoins?

Your most likely destination as a newbie is a Bitcoin exchange. You’ll sign up for an account and choose a payment method. You’ll be requested for information like your bank account number or a debit or credit card at trustworthy exchanges. You’ll then need to show a driver’s license, ID, or passport to establish your identity. After you’ve been authenticated, you may begin purchasing Bitcoin using your preferred payment method, sending it to your own wallet, and keeping a close eye on its price fluctuations.

Everything About Bitcoin CNN 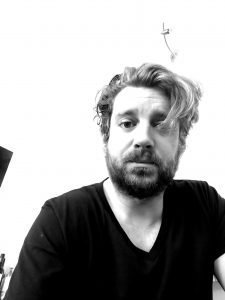 Julien is a digital experience writer and storyteller building bridges between his new love for the crypto space and his passions for remote work, travel, and entrepreneurship. He is the owner and operator of Content by Design and Blockheads! Creative.