What is Apecoin and How does it work?

Are you curious about ApeCoin and how it works? ApeCoin is a blockchain-based cryptocurrency that uses proof-of-work consensus to secure its transactions. It is the currency of the APE Ecosystem, which includes a marketplace and a rewards system that rewards those who hold APE coins. In this blog post, we’ll be taking a closer look at ApeCoin and how it works, so you can make an informed decision on whether this cryptocurrency is right for you.

ApeCoin (APE) is an ERC-20 utility and governance token that supports the APE ecosystem. It was developed by the Bored Ape Yacht Club and governed by the ApeCoin DAO. It was inspired by one of the world’s most valuable and well-known cryptocurrencies. The goal of ApeCoin is to create a decentralized web3, which will enable users to interact with applications and services securely and safely. Compared to traditional networks, the ApeCoin network will provide users with improved speed, scalability, and security. As a result, users will be able to experience enhanced privacy and low transaction fees when using ApeCoin.

How was ApeCoin developed?

ApeCoin was developed in February 2021 by Yuga Labs, a company led by CEO Nicole Muniz. It was initially part of a collection known as BAYC and helped generate $127 million in revenue that year. In March 2022, the APE token was released under the guidance of the ApeDAO and distributed to NFT holders, the ApeDAO treasury, and other stakeholders.

The Ape Foundation Board, which includes Reddit co-founder Alexis Ohanian and Yat Siu of Animoca Brands, among others, is responsible for ensuring the implementation of decisions made by the ApeDAO, which is governed by holders of the APE token. ApeCoin Improvement Proposal-1 (AIP-1) established the ApeDAO and creative direction for APE.

What is the APE Ecosystem?

The APE Ecosystem comprises all the various products and services created by Yuga Labs that use ApeCoin as their native token. They include the Bored Ape Yacht Club (BAYC), Mutant Ape Yacht Club (MAYC), and Bored Ape Kennel Club (BACK).

10,000 non-fungible tokens (NFTs), collectively known as the Bored Ape Yacht Club (BAYC), are stored on the Ethereum network. The basic price has increased from its initial value of 0.8 ETH ($190) per image to around $288,000 today. This is why the only individuals you’ll see with one of these monkeys are famous people who were quick to adopt and realized the potential in this gallery when it was still in its early stage.

In September 2021, Sotheby’s closed a $24.4 million auction for 101 Bored Ape Yacht Club NFTs, making it one of the world’s biggest auction houses. Owners of Bored Apes get exclusive access to a closed Discord community where they can communicate, socialize, and form a bond with other Bored Ape owners, even famous people who have one. Additionally, ape holders get access to “The Bathroom,” where they can submit a drawing on a virtual bathroom wall that serves as a community board every 15 minutes.

It’s believed that the Bored Ape Yacht Club wants to grow and establish itself as an off-chain brand by fusing its designs with apparel and possibly video games for mobile devices.

A non-fungible token (NFT) branch collection of the well-known Bored Ape Yacht Club (BAYC) collection, Mutant Ape Yacht Club (MAYC) is made up of unique Mutant Ape digital art images. There are 20,000 NFTs in all in the collection, 10,000 of which were given to BAYC holders. A Dutch auction system was used to sell the additional 10,000 NFTs. A bored ape NFT gets exposed to a vial of the “Mutant Serum” to produce a mutant ape.

In the first hour after their release, the first 10,000 Mutant Apes purchases generated $96 million. 10,000 more Mutants were produced from “Mutant Serums,” which were airdropped to previous BAYC holders. With the introduction of BAYC NFTs, the idea for MAYC NFTs had already gained traction. The Mutant Ape NFTs are supposed to be the second tier of Bored Ape ecosystem members, according to Yuga Labs. The Mutant Apes are a crucial tool for providing owners of Bored Apes with a brand-new NFT. Mutant Ape Yacht Club was one of the first NFT collections to offer a free, brand-new NFT to an existing group of holders.

On the Ethereum blockchain, there are 9,602 odd cartoon dogs in the Bored Ape Kennel Club (BAKC) NFT collection. BAKC is a sister series of the original Bored Ape Yacht Club (BAYC) NFTs by Yuga Labs. Holders of the exclusive Bored Ape Yacht Club NFTs received even more value thanks to a free NFT airdrop. In July 2021, the Bored Ape devotees ultimately discovered what those NFTs would turn out to be: furry friends for their Bored Apes.

All of the income generated from Yuga Labs’ initial time selling Bored Ape Kennel Club NFT on the open market has been donated to animal welfare. The BAYC apes’ pets are the dogs in the BAKC NFT collection. These dogs are drawn in an eccentric cartoon manner, much like the Apes. Each BAKC NFT is created from a variety of rare qualities, including some crazy traits like jetpacks and missile launchers.

How does APE work?

The ApeCoin DAO, the decentralized governance structure that underpins the Ecosystem Fund, is used by the ApeCoin community to govern itself. The APE Foundation’s distribution of the Ecosystem Fund to support a diversified and self-sustaining ecosystem is subject to a proposal procedure that the DAO votes on.

Only ApeCoin DAO members are allowed to participate in idea submission, criticism, proposal submission, and voting. The sole prerequisite for joining the DAO is holding ApeCoin.

Owning ApeCoin makes you part of a DAO

The DAO hub is the website of the APE Foundation, which offers an interface to inform DAO members about the governance procedure and to make the channels below easily accessible to improve the efficiency and utility of the DAO.

For all proposals, “discourse” is the first port of call. An AIP (Ape Improvement Proposal) Idea is submitted as a Discourse post, and before it is made public, a moderator must certify that it complies with the DAO’s rules. Holders of ApeCoin must go through a wallet authentication procedure to publish ideas or comment on ideas.

Voting takes place via “snapshot.” After going through their individual approval procedures, proposal drafts are then made available for voting on Snapshot. Voting requires wallet authentication for ApeCoin holders. The consensus mechanism of the ApeCoin DAO strives to make voting fair, transparent, and affordable so that ApeCoin owners can take part in the DAO’s decision-making. Members of the DAO may delegate another person their vote. Voting delegation is the mechanism by which DAO members with tokens under initial lock-up will be able to vote. Members of the DAO may assign their vote to another DAO member they believe to be an authority on the issue.

Here are some guidelines of the DAO:

What can ApeCoin be used for?

The ecosystem’s utility token, ApeCoin, provides all of its users with a shared and open currency that can be utilized without centralized intermediaries.

Third-party developers can use ApeCoin as a tool to interact with the ecosystem by integrating APE into their services, games, and other projects.

The token was allocated thus:

Is ApeCoin a good investment?

The crypto industry is known for being volatile and unpredictable, so any investment should be done carefully. However, ApeCoin has many features that make it an attractive investment option.

First of all, the tokenomics of ApeCoin is robust. It’s backed by the APE Ecosystem, which is built on the Ethereum blockchain and includes a marketplace and other services. This makes ApeCoin a secure, low-volatility cryptocurrency that is well-positioned for long-term growth.

In addition, the APE Ecosystem is designed to be an open and decentralized environment where anyone can participate. This means that ApeCoin has strong community support, which is important for any successful cryptocurrency.

Finally, ApeCoin has many potential use cases. It can be used to purchase goods and services within the network, pay fees in the APE metaverse economy, or even for incentives. All of these make ApeCoin a sound investment for those who believe in its potential.

Overall, ApeCoin is a good investment for those who are looking to diversify their crypto portfolio. Its tokenomics, community support, and potential use cases make it a viable option for long-term investors.

ApeCoin is a cryptocurrency that has been built on the Ethereum blockchain. It offers users a unique, decentralized platform for digital assets and is backed by a community of loyal supporters. It also provides access to a metaverse economy, powered by a DAO and features an array of applications and services. The APE tokenomics allow investors to own a stake in the ApeCoin ecosystem while providing developers and users with a secure, reliable form of payment. ApeCoin is an intriguing project worth exploring further, as it could become an essential part of the crypto landscape soon. 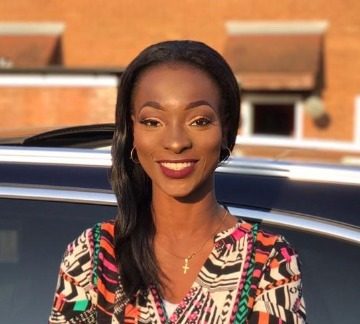