Outside the crypto world, the video game industry is more extensive than the movie and music industries combined. Although the billion-dollar industry continues to grow in size and revenue, the world is changing. Gaming projects on blockchain have developed new ways to offer financial incentives for players, and the crypto breeding games fit right into the puzzle. 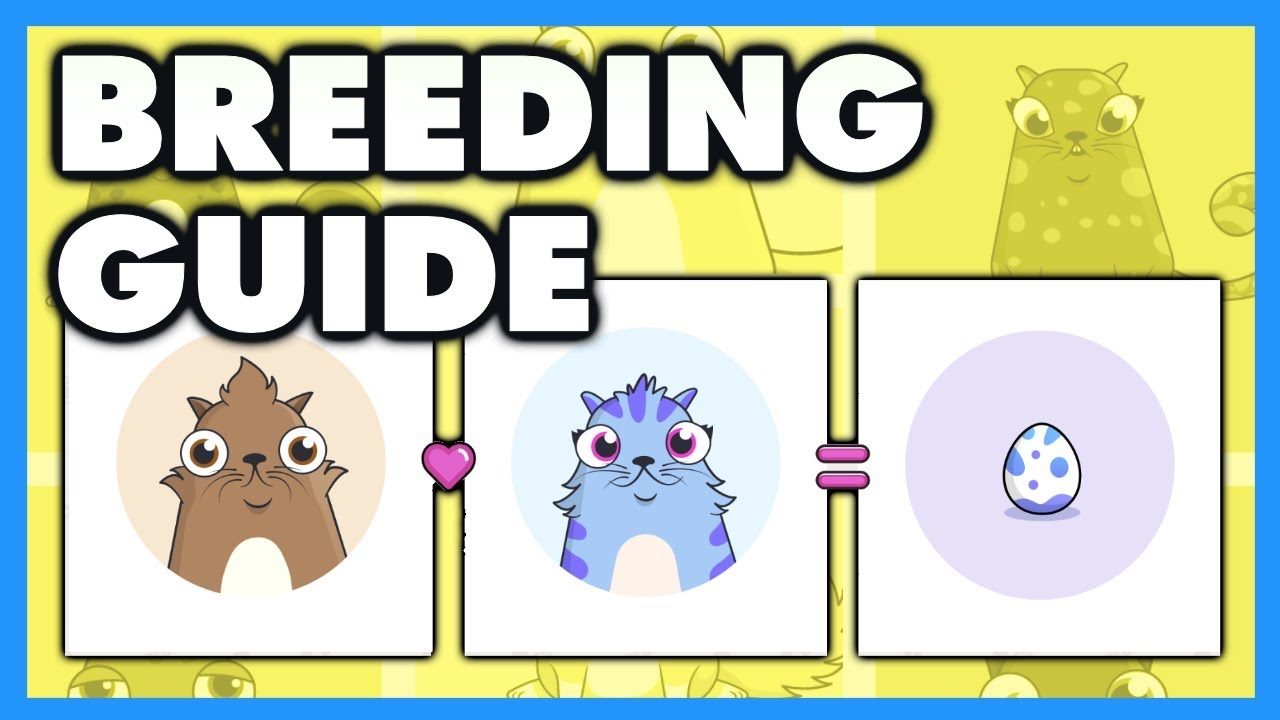 What are Crypto Breeding Games?

A blockchain is a digital ledger that records and stores blocks of information connected in a chain, and game developers have realized the promise a smart contract platform like Ethereum holds, helping to transform crypto breeding games into one of the fastest-growing niches.

A crypto breeding game is a game where you own and breed creatures or pets on the blockchain. Although still in infancy, several game developers and players are already in the breeding game. Blockchain technology allows players to access the play-to-earn feature, while NFTs represent in-game assets, giving players ownership control.

Unlike traditional online games, crypto breeding games are decentralized, meaning that the players own the game items such as avatars, digital pets, or any tangible in-game asset (skins or weapons). Game developers don’t control the game’s outcome and cannot take away your in-app purchases.

The benefits of crypto breeding games include:

How Do They Work?

In-game pets or creatures in breeding games carry unique numbers and DNA that can be passed to offspring. Most crypto pets are not assigned a permanent gender and cannot engage in multiple breeding sessions simultaneously. For a newcomer, it can be boring as crypto games have no explicit goal; the game gets exciting as you figure out what creatures are rare and how to own a digital rarity. Game developers have no fixed algorithm for rare pets, and rarity depends on the traits the players are searching for in the marketplace.

There are many ways to earn money by playing crypto breeding games. For example, if a newly bred pet inherits rare traits and becomes expensive when the owner sells, the NFT creature may change hands again and again. With a ‘royalties’ clause, every time the NFT is sold, the original creator receives a percentage of the earnings, which may be more than the actual price the NFT creature was sold, due to a ‘royalties’ clause.

Some crypto games reward players with tokens as they complete daily challenges and progress in the game’s storyline. Players can sell these tokens to other players for real money, and they can use tokens to interact further with the in-game economy. The cost is dependent on the type of game and how many times a particular creature has been produced. Also, remember that new creatures can only be created by breeding the existing ones.

Unlike regular games, crypto breeding games require choosing the best cryptocurrency for all your purchases. Follow these steps to get started:

Most crypto breeding games are built on the Ethereum blockchain, so you’ll need to buy Ether to play. Using a crypto exchange platform, convert your fiat money into Ether. There are several crypto exchanges available so ensure you pick one that is perfect for you, based on your country’s currency or payment method.

You’ll need a digital wallet to store your Ether. There are different crypto wallets in the market, so do some research before choosing.

This is not as easy as it sounds due to the myriad of crypto games on the internet. Although the industry is still fresh, some of these games are in their alpha and beta stages; you’ll find some exciting ones if you know how to look. 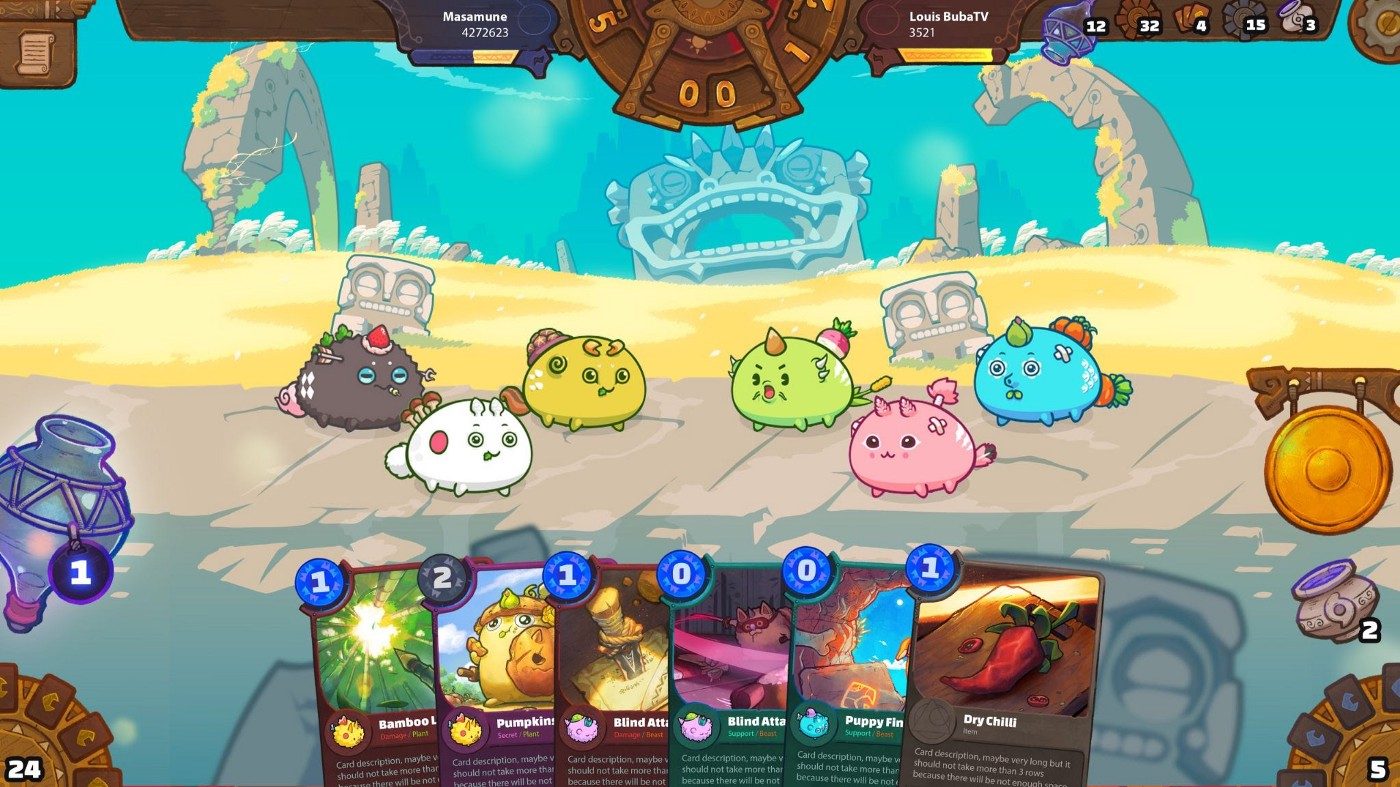 Axie Infinity and CryptoKitties are the most popular crypto breeding games, with CryptoKitties being the first game built on the Ethereum network in 2017. Both games are play-to-earn, meaning you use crypto to earn these NFT creatures and vice-versa. Due to the transparency and appealing visuals, these crypto games have gained immense popularity, creating a new influx of game users.

Initially developed by Dapper Labs, CryptoKitties was one of the first NFT collectibles launched to the market and have continued to amass a loyal following. After connecting your crypto wallet to the game, you can easily buy CryptoKitties from the CryptoKitties marketplace. It is recommended that you purchase two CryptoKitties to start breeding immediately. The price of each NFT varies, and an auction system determines the marketplace’s final price based on a supply and demand dynamic. Each kitty bought incurs a starting auction price and ‘gas fee.’

Each digital cat has a 256-bit genome that contains DNA and traits referred to as cattributes that can be passed to offspring. There are 12 cattributes, including mouth shape, fur, eye shape, pattern, eye color, base color, etc. Breeding two kitties means the new kitten will have a mix of cattributes from each parent. These offsprings result from four billion genetic variations.

The breeding process begins by clicking the breed button and choosing the genders of the cryptokitty you want to breed. Once you agree with the breeding and gas fee, you’ll get an egg after some hours. There are breeding restrictions called the cooldown period; kitties you choose as a female cannot breed while expecting offspring, while kitties you choose as a male cannot breed while recovering from siring. The breeding fee generally costs about 0.008eth.

Apart from breeding a cat, there are other ways to earn money on the CryptoKitty game platform, including mini-games like puzzles and catfights.

Unlike CryptoKitties, Axie Infinity is a Pokémon-inspired game where players fight enemies head-on to earn and enter higher levels. The NFTs represented by digital creatures are called Axies, collected, bred, and sold. Players must buy three Axies to enter the game; you must choose your starter Axies carefully if you hope to clear the game.

Before anything else, you’ll need a Ronin wallet, a digital ecosystem for the Axie Infinity metaverse. Ronin is an Ethereum Layer 2 blockchain that still uses the same consensus mechanism but has developed to facilitate faster transactions to meet the growing demand for in-game activities, such as sell, fighting, and breeding. In addition, Axies are put up for sale at the marketplace, where you can select an Axie of choice.

Tokens on Axie Infinity called SLP and AXS are used for game purchases. Players are awarded SLP (Small Love Potion) after winning an Axie Infinity battle, and the token helps breed Axie creatures and auction your Axie in the marketplace. On the other hand, AXS (Axie Infinity Shards) is a token that is awarded to the best players in the game. It can also be obtained by swapping SLP or earning governance rights.

There are nine classes of Axies, each with individual stats: HP (health points), speed, skill, and morale. These stats determine the fighting capabilities of the Axies as they dictate the Axie that makes the first move and the degree of damage each one can dish out. Also, certain classes have advantages over others; for instance, Aquatic Axies have the edge over Beast and Mech Axies.

There are several ways to earn money in the Axie Infinity universe, Lunacia. Besides owning and breeding Axies, players can also own plots of land. The intriguing part is that players can build shops on these land plots and generate passive income.

Both games involve playing with NFTs represented by digital creatures that are pleasing to the eyes. However, Axie Infinity focuses on battling to earn, while CryptoKitties focuses on a calmer and more stable lifestyle.

Axie Infinity is one of the best crypto breeding games where you purchase, breed, and battle Axies. Your Axies can fight against creatures called Chimera or with other Axies. Using SLP (Small Love Potion), you can build your NFT base and earn your way up the ladder.

Also a top crypto breeding game, CryptoKitties is a simple game that involves collecting and breeding digital kitties. Each of these adorable cats is one of a kind with individual genotypes. Players can sell the offspring of their CryptoKitties and earn money depending on the degree of rarity.

Evolution land is a virtual-reality-inspired game similar to The Sims, where you can buy and sell land. There are 26 continents in the game, and players aim to govern the lands by growing crops and developing buildings. The avatars used to interact through the game are called Apostles; they can be sold to other players.

This game allows players to buy, sell, trade, and manage a fantasy football team using digital cards. The crypto-based fantasy game is perfect for avid football fans and is the leading NFT game for football.

This crypto-based game involves collecting, breeding, and selling fantasy beasts. Each crypto beast has different abilities, and its value increases with scarcity.

Can I make money with crypto breeding games?

Absolutely! You can make real money with crypto breeding games; this includes earning in-game tokens (SLP in Axie Infinity), breeding a male and female NFT creature to create offspring, trading NFTs, minting new items, and many more. Each crypto breeding game has its methods of earning while playing.

What is breeding in crypto?

Like in real life, breeding is when a male and female gender come together to bear an offspring. In crypto, two NFT parents are coupled to create a unique offspring that has inherited some traits from the previous generation. In CryptoKitties, the cats have a cooldown time before you can carry out another breeding process.

Do CryptoKitties increase in value?

The 100 Genesis NFTs have sold for thousands of dollars worth of ETH recently, as opposed to the early launching days of CryptoKitties. CryptoKitties are great investments, and their prices will only continue to rise over the years. So a good call would be to buy these NFTs before they get too costly.

How do NFT games make money?

NFT games are very profitable as players fully own the game assets. It is almost impossible to make a loss in NFT games; for instance, just by holding on to kitties in CryptoKitties, you can sell them for twice the purchase price.

Can I play CryptoKitties for free?

Everything on the blockchain costs money, so unless someone gives you a kitten for free, you have to spend money to play CryptoKitties. Afterward, you can hold your CryptoKitties for as long as you want, free of charge